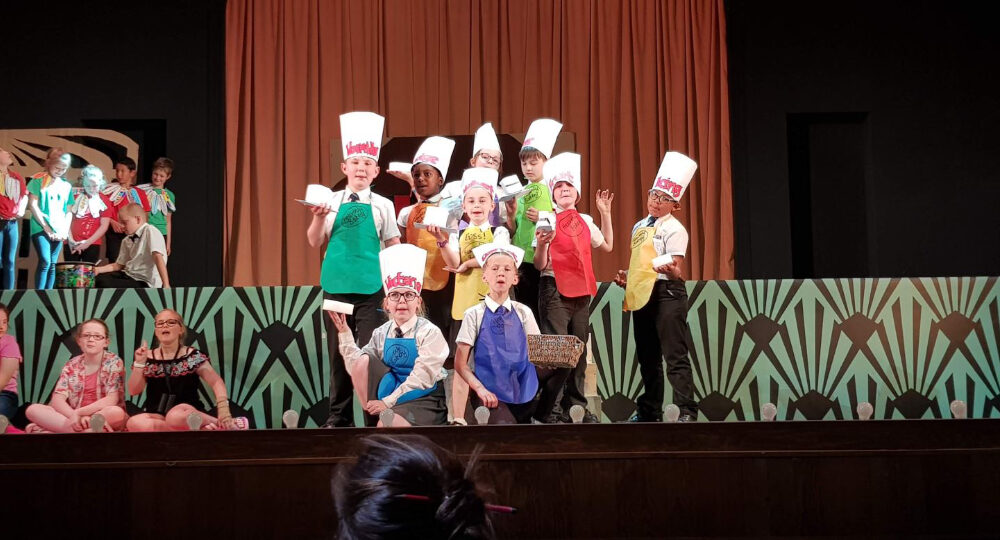 This summer has seen Mahogany Opera’s first Snappy Opera Festival, celebrating the joy of opera with children across the country...

A Snappy Opera is a ten-minute opera for children which introduces all the essential elements of opera – singing, acting and making – in a fun, colourful and bite-size chunk. Mahogany Opera has commissioned ten Snappy Operas, written by some of the UK’s top composers and writers who worked with groups of young people to develop stories and characters that are universal and connect directly to the young people who will perform them.

During the development of these pieces, Mahogany Opera established partnerships with Music Education Hubs, Multi-Academy Trusts and venues, and engaged 1770 primary school children from across the UK who gave 177 performances of the ten new operas to their peers, teachers, families and the general public.

With the ten operas tried and tested, it was time to take Snappy Operas to the next level. The Snappy Opera Festival was a chance to use these new works to celebrate opera as an exciting art form for children and young people to engage with, breaking down some of the misconceptions about opera and the barriers that surround it. Collaboration is key – Mahogany Opera connected and worked with music education hubs, multi-academy trusts, venues, artists, schools, teachers, children and audiences to make this happen, with each having shared ownership and involvement throughout the process.

During the Snappy Opera Festival 2019, Mahogany Opera worked with six regional partners to engage 750 children & 47 teachers from 21 schools across the country. A team of 39 creative practitioners and musicians helped the children to stage 41 performances in schools and venues, with audiences of around 3,500. 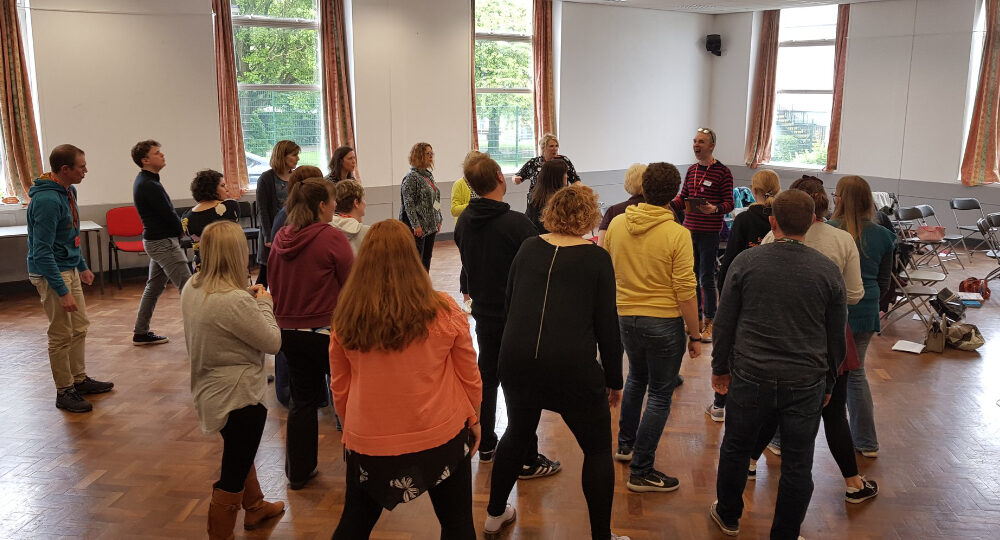 The festival activity began back in May, when we offered a series of training and CPD opportunities, which were attended by 40 artists and 26 teachers, introducing them to Snappy Operas, providing practical skills on how to deliver arts based activities in the classroom and sparking an interest in using opera to engage young people. The artists and teachers then worked with children in schools over six weeks before taking their performances to professional performance venues.

Our first performance stop was at Nevill Holt Opera House, for a performance of five Snappy Operas by schools from Daventry & Northampton, in partnership with the David Ross Education Trust. This was our second year with DRET and we were glad to continue our Snappy Opera partnership with this multi-academy trust, which places a huge emphasis on the importance of music and the arts for the development of its young people. 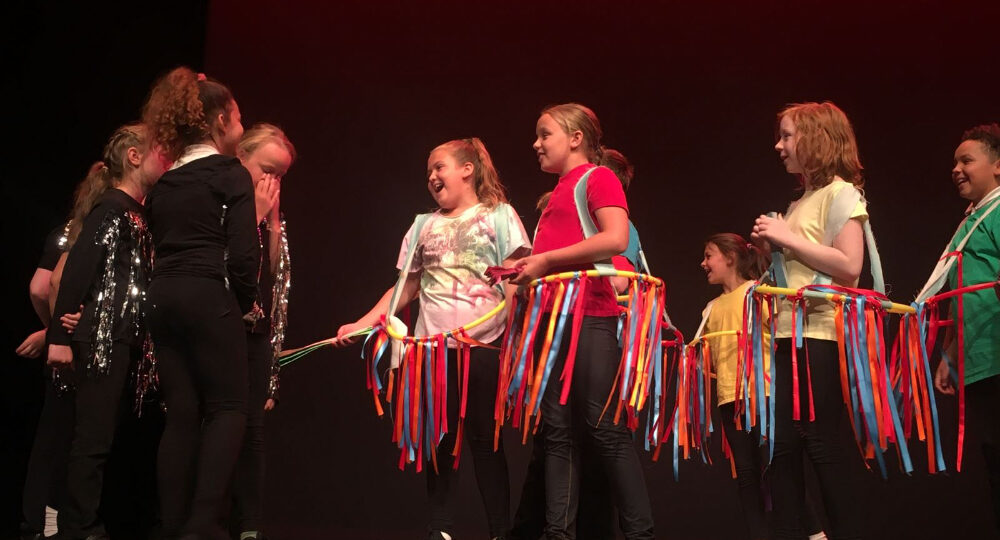 The next day saw Snappy Operas arrive in Suffolk, as part of the Southwold Arts Festival. The free event at the Festival saw three schools perform after working to prepare the operas with Stephen Deazley and Nathan Williamson, two of the Snappy Opera composers!

A few days later we made our way to Nottingham, where we collaborated with a new partner, Nottingham Playhouse, to work with three schools in Bulwell that have never engaged with opera before. The children performed five Snappy Operas as part of a show case of young creativity, that included performances by the venue’s own youth theatre groups from across the city.

Next we headed north, for a performance at the Playhouse, Whitley Bay in North Tyneside with another familiar partner, the North Tyneside Music Education Hub. Our partnership with NTMEH was nominated for the Arts Council Award category of the Journal Culture Awards 2018, so it was great to return and work with five new schools in the region.

The following day we were back in the Midlands for our first ever performance in a theme park! Joining with our partner, the Leicester-Shire Music Education Hub, five schools came together to perform at Wicksteed Park – the sunshine and rollercoasters were wonderful addition to an already fun and exciting day for the children!

Our final stop was in Cumbria, where we joined our regular partner, Rosehill Theatre, to present their Summer Sing - week of activities for children aged 7-11 years old to explore their creativity and performance skills. The children explored The Magical Music Tree, working with professional artists to explore singing, drama & design, as well as writing their own new song with Stephen Deazley, The Tree’s Dream, which received its world premiere to an audience of family and friends at the end of the week. 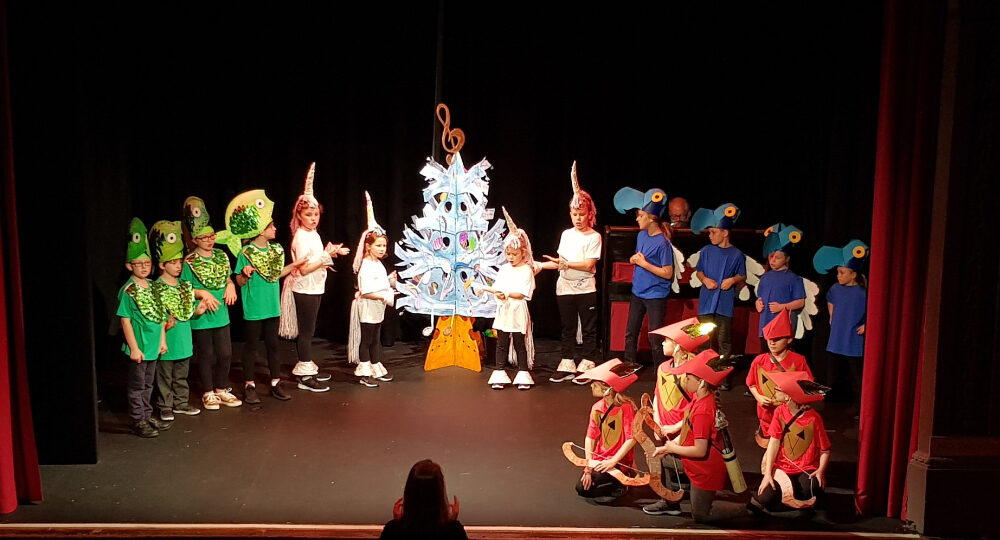 While in Cumbria, the Mahogany Opera team came together to talk about the next steps for Snappy Operas. Following the success of our inaugural Snappy Opera Festival there is certainly an exciting future ahead – watch this space or sign up to our mailing list here to be kept in the know!
Until then #MakeItSnappy!

The team were so expe­ri­enced and skil­ful, it brought the best out of the children.
Teacher feed­back

I like how every­one was involved and it was all for fun. No-one argued, we had a class family.
Young per­son feedback

I saw the young peo­ple all go on huge jour­neys. Young peo­ple who expressed no inter­est on day one attend­ed and sang in per­for­mances, many with gus­to. Chil­dren were allowed to step up in ways they do not get to in class. It played to young peo­ple’s strengths and allowed many to shine. Young peo­ple that did­n’t want to par­tic­i­pate in week one were per­form­ing with gus­to by the end and com­ing to the per­for­mance inspite of sug­gest­ing they would­n’t be attend­ing. Opera pro­vides a vehi­cle for young peo­ple to engage in so many dif­fer­ent ways and on so many dif­fer­ent lev­els. Our young peo­ple would be work­ing hard with us in a ses­sion, smil­ing, engag­ing and then be on seri­ous reflec­tion time at lunch. Snap­py gave them a dif­fer­ent space to exist and thrive in. And we had great fun togeth­er while doing it.
Deliv­ery artist feedback