South African soprano Golda Schultz is hailed as one of the most talented and versatile young artists on the classical music scene today, equally at home in leading operatic roles as she is as featured soloist with the world’s foremost orchestras and conductors, she garners consistent praise for a fresh, radiant stage personality and lustrous tone. The Financial Times wrote, “Golda Schultz sings with strength and assurance, her voice with its own distinctively thrilling radiance; she is a newcomer who simply has everything.”

The 20/21 season for Golda Schultz starts with a bang as featured soloist in the Last Night of the BBC Proms, joining the BBC Symphony Orchestra and conductor Dalia Stasevska for a specially curated programme, broadcast live on television and radio to a worldwide audience. Elsewhere, she returns to Bayerische Staatsoper to star as Agathe in a new staging by Dmitri Tcherniakov of Der Freischütz under Antonello Manacorda, debuts with Accademia Nazionale di Santa Cecilia alongside Riccardo Minasi in an all-Mozart gala streamed live on Idagio, and makes a first appearance at the Edinburgh International Festival in Errolyn Wallen’s new work Dido’s Ghost. Following acclaimed debuts at London’s Wigmore Hall, Berlin’s Boulez Saal and New York’s Weill Recital Hall, Golda Schultz and collaborative pianist Jonathan Ware join forces again for recitals in both Munich and Bad Kissingen.

Highlights on the concert stage include debuts with the Philadelphia Orchestra and Yannick Nézet-Séguin in Mozart’s Requiem, The Cleveland Orchestra and Franz Welser-Möst in Haydn's Die Jahreszeiten both in Cleveland and at New York’s Carnegie Hall, and a remarkable week of concerts with the Los Angeles Philharmonic during which she joined Esa-Pekka Salonen for Sibelius’ Luonnotar, Gustavo Dudamel for Beethoven’s Symphony No.9, and Zubin Mehta for Mahler’s Symphony No.2. Golda recently sang Mahler’s Symphony No.4 on an extensive European tour with the Mahler Chamber Orchestra and Dudamel and was part of an epic all-Beethoven programme with the Philharmonia Orchestra and Salonen. Alongside appearances in 2019 at the Verbier Festival in Mahler’s Symphony No.2 under Fabio Luisi and the BBC Proms in Brahms’ Ein deutsches Requiem under Richard Farnes, Schultz joined Kirill Petrenko as soloist in the annual Münchner Opernfestspiele’s ‘Oper für alle’ event, performing to a huge open-air audience on the city’s Marstallplatz. 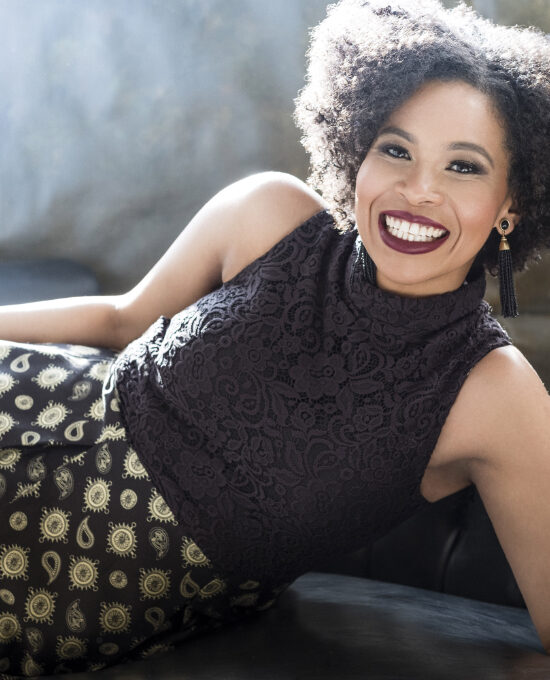