Amble’s work has been performed by ensembles such as Mr McFalls Chamber, Red Note Ensemble and Rarescale. She was one of five Creative Scotland International Creative Entrepreneurship Fellows for 2013, a BBC Performing Arts Fellow (2013), has gained several large scale grants from Creative Scotland to produce work and was a BBC alumni fellow. She is currently an AHRC scholar undertaking a PhD in composition at the University of Plymouth.

Her work Memory Lane with Kris Drever was featured on Radio 3’s Late Junction with Max Reinhardt, her work Chapels with Splendid Glass Windows was featured on BBC Scotland’s Classics Unwrapped, and her project Remembered Imagined played to packed houses in 2013 and was described in The Scotsman as “fearless innovators … a web of influences and interconnections. Old tunes, maybe, but magically fresh takes on them.”

Amble was commissioned to write a bespoke piece for instruments and technology for the British ParaOrchestra. Charles Hazlewood described her as a “fierce creative spirit [that] could not be more welcome! We couldn't ignore Amble's violinistic brilliance (a true sonic adventurer)”. Her album What News with Alasdair Roberts and David McGuinness was described in The Guardian as “Skuse’s laptop textures offer slow-burning, elemental accompaniment throughout. So many intricate ideas here, so beautifully done.”

Her most recent work We Ask These Questions of Everybody is a digital opera exploring the lives of Disabled people in the UK. It was premiered at Scotland's Sound Festival and gained a 5 star review from The i “Politically important and an artistic triumph”. 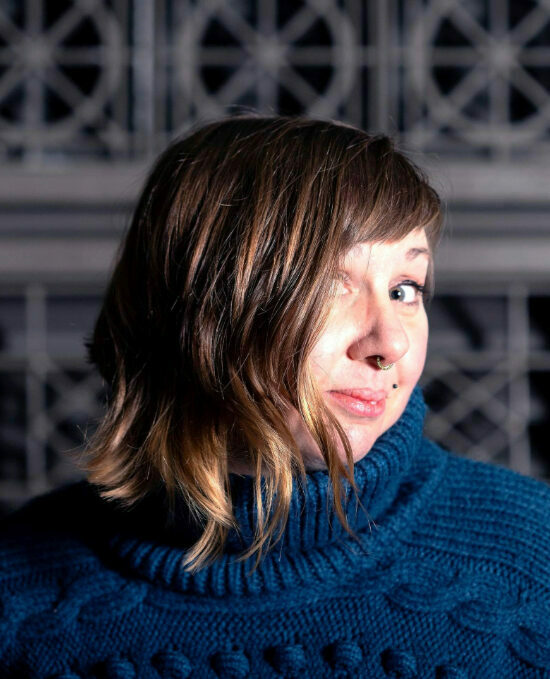