Allison Cook’s reputation as one of today’s foremost exponents of contemporary and 20th century repertoire has been firmly established through the recent creation of a range of formidable characters. Dramatic versatility and an extensive vocal range have shaped a unique career which incorporates both mezzo and soprano roles including Judith (Bluebeard’s Castle), Miss Jessel (The Turn of the Screw), Salome, Marie (Wozzeck), Schoenberg’s Erwartung and Saariaho’s Émilie. This season Allison adds two significant new roles to her repertoire; Foreign Princess (Rusalka) for Bergen National Opera under Eivind Gullberg Jensen, and Venus (Tannhäuser) for Opernhaus Wuppertal under Patrick Hahn.

The past season included Allison’s return to The Royal Opera House, Covent Garden under Thomas Adès in the first ever staging of Gerald Barry’s Alice’s Adventures Underground as well as world premiere performances of Errollyn Wallen’s Dido’s Ghost with the Dunedin Consort at the Barbican and Edinburgh International Festival. Other recent highlights include Judith in Bluebeard’s Castle at the Enescu Festival under Cristian Mandeal, Saariaho’s Émilie Suite with Gävle Symphony Orchestra and her return to Teatro alla Scala as the Marquise de Merteuil in Luca Francesconi’s Quartett. The Marquise in particular has earned Cook unanimous acclaim, from her world premiere performances at La Scala to subsequent productions at Gran Teatre del Liceu, Théâtre Royal de la Monnaie, Teatr Wielki, Teatro Colón, Buenos Aires, as well as at Wiener Festwochen, La Cité de la Musique, and both the Holland and Strasbourg Festivals. Finding an equally special place in her repertoire is the role of the Duchess in Thomas Adès’ Powder Her Face, which has brought tour-de-force debuts in New York, Québec, Warsaw and Brussels.

Other significant highlights have included Allison’s role debut as Salome in Adina Jacobs’ new production for English National Opera, garnering Allison praise for her committed performance and “gleaming tone” (Opera Magazine), the world-premiere of Casablancas’ L’Enigma De Lea for Gran Teatre del Liceu – a piece she reprises this season with the Barcelona Symphony Orchestra, Miss Jessel in Kasper Holten’s The Turn of the Screw for Teatro alla Scala conducted by Christoph Eschenbach, Judith in Mariusz Treliński’s pivotal production of Bluebeard’s Castle for Teatr Wielki, and Allison’s debut with the Berliner Philharmoniker in The Diary of One Who Disappeared. At the Royal Opera House, Covent Garden, Cook has appeared in Wozzeck, Turnage’s Anna Nicole and in Krzysztof Warlikowski’s new production of Janáček’s From the House of the Dead. 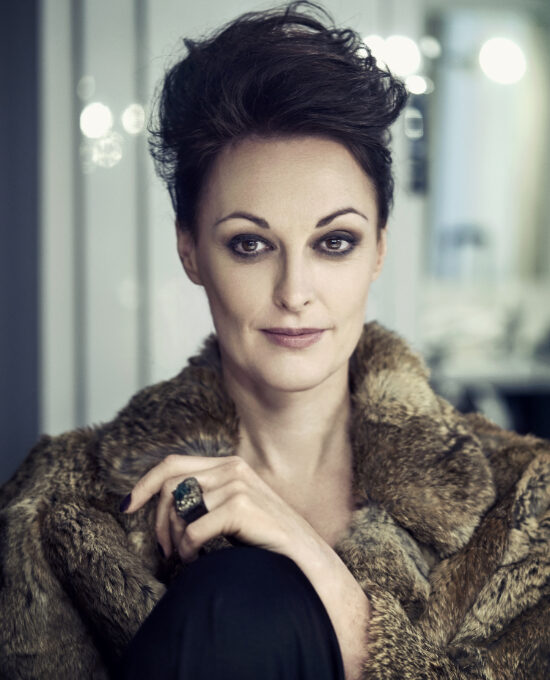